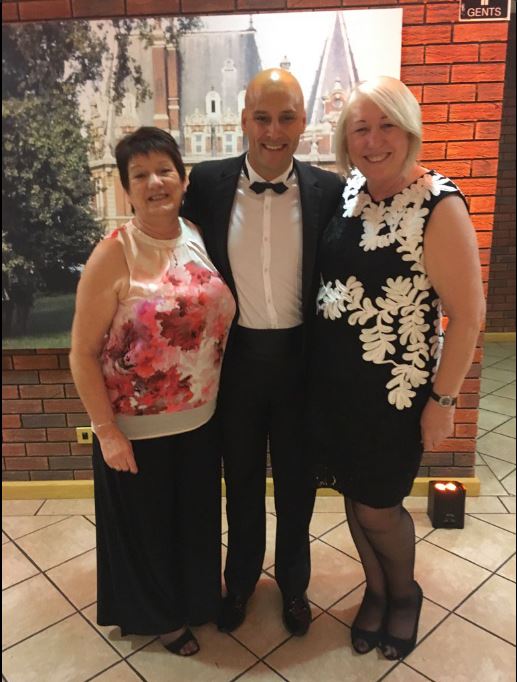 Netball East Would like to congratulate Gary Burgess on being inducted into England Netball Hall Of Fame at The 2016 Goalden Globe Awards.

The 2016 Goalden Globe Awards were a double celebration in the West Midlands on Saturday 17th September 2016 as England Netball took the opportunity to recognise and celebrate our incredible army of volunteers in our 90th year.

Over 300 people from across the country gathered to celebrate the wonderful work of the Netball Family.

The evening was capped off with the introduction of the newest member into the England Netball Hall of Fame.

An inspiring officiating career, with highlights which include umpiring at two Netball World Cup finals and two Commonwealth Games finals, was officially recognised as Gary Burgess was announced to a standing ovation.

Gary started his umpiring career in Bedfordshire and District Netball League and since then has umpired in Netball Suoper League and Internationally for our Country.

Gary would like to thank Sheelagh Redpath who has supported him right from the start of his career in Bedfordshire all the way through to IUA (International Umpiring Award), Sylvia Eastley who taught him his attention to detail and finally to Jan Burke who he "cannot thank enough for literally driving 100's of miles to National League matches all those years ago and so so much more".

He commented "I'm very lucky to be welcomed into and so highly recognised in Women's sport. Netball is developing so quickly recently and these athletes are breaking ground and gaining recognition where they have never done before. Thank you for allowing me in, you won't find a more vocal supporter of the fantastic things you do and it is truly my privilege."

The above picture is of Gary on the night after he received his award with England Netball 2 Brand New Honorary Life Members, Sue Collin and Pam Hoyle.