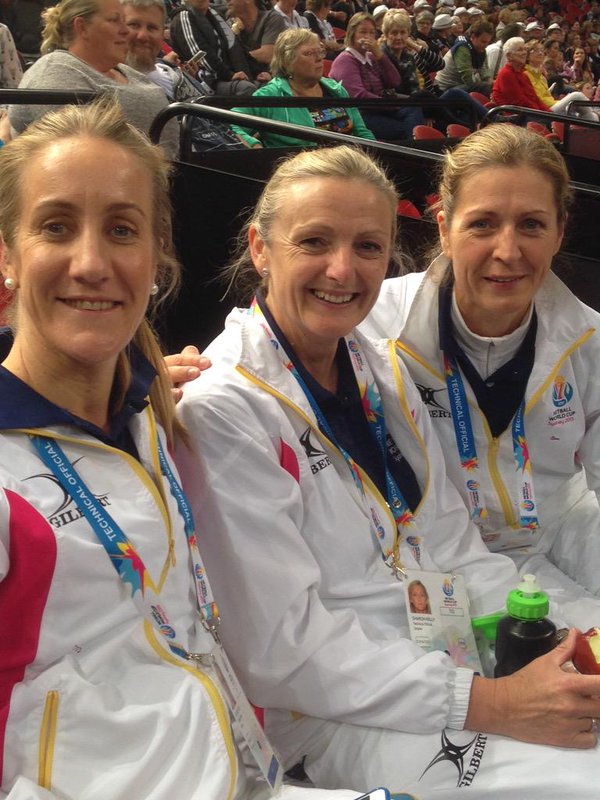 Netball East Would like to wish international umpire Jackie Mizon the best of luck as she departs to officiate at the Constellation Cup in Australia and New Zealand. (Jackie, pictures right in the above image)

The Constellation Cup is seen as the perpetual symbol of the intense rivalry between the Australian Diamonds and the New Zealand Silver Ferns.

“It’s such an honour to be appointed to the Constellation Cup again having been first appointed in 2014. It’s always a privilege being able to work with elite players and coaches on the world stage.

When asked about her preparation the two time Netball Superleague Final umpire said: “In order for me to be a confident and resilient umpire I have developed a mental toolkit to help me achieve my goals. I focus on what I need to do to create my ‘A game’ before every match and I always analyse my performance."

Jackie also offered her best piece of advice for up and coming umpires: “You have to be committed to working hard to achieve your goals. You need to have a deep understanding of the rules, have confidence in your own ability and a meticulous approach. Always ensure you bring your ‘A game’ to every match you umpire, no matter the level or standard.”

Gary Burgess, England Netball Officiating Manager said of Mizon: “Jackie is one of our busiest IUA’s having only just returned from umpiring at the inaugural Netball Quad Series in Australia and New Zealand.

“Jackie’s professionalism and attention to detail is second to none and her dedication to the development of other umpires is a real credit to her.

“Jackie treats all of her appointments with the respect they deserve and puts a lot into her pre-tournament preparation to ensure that she has exploited all of the marginal gains open to her.”

She is a great credit to England Netball and Netball East and we wish her all the best!