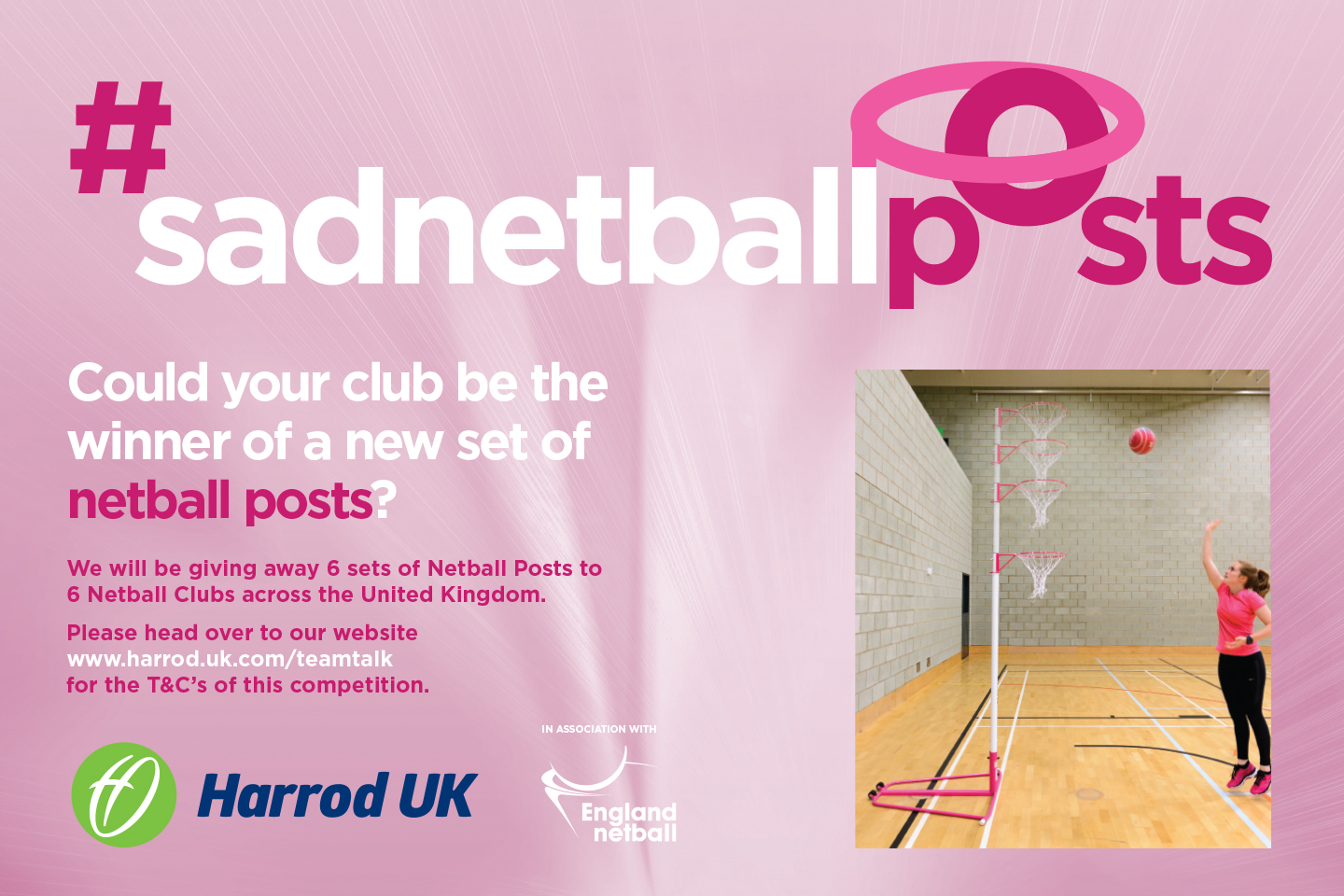 The UK’s leading manufacturer of goals, posts and nets is on another mission this time to find and replace the UK’s saddest netball posts.

With the support and help from England Netball, Harrod UK is launching the ‘saddest’ netball post campaign to discover the nations most well used and worn netball posts. The saddest posts will be replaced with a brand new set of shiny posts! We will be giving away our new telescopic netball post range so that people of all ages can benefit from this fantastic campaign.

In association with England Netball Harrod UK are aiming to provide safe sporting equipment so that netball players can play with the UK’s leading equipment.

“The #SadNetballPosts is an excellent idea from Harrod UK, it’s great to see our partners investing into giving something back to the grassroots game, giving local clubs the opportunity to win top quality netball posts that otherwise may not have been an option for them” Sam O’Donnell, England Netball.

Gabriella Fox Marketing Coordinator at Harrod UK comments on how “This is our 2nd saddest goal post campaign and this time we are super excited to be helping out the netball family. The team at Harrod UK continually aim to give something back to the sporting community.”

In total the sad netball post campaign will see Harrod UK donate 6 sets of netball posts to 6 different netball clubs across the United Kingdom. This provides clubs with ample opportunity to get involved within this fantastic campaign.

The campaign will officially launch on September 17th and will remain open for nominations until November 17th. Just in time for Christmas!

If you wish to nominate your local netball club, then please get in touch with the team at Harrod UK at sportsmarketing@harrod.uk.com by sending a photo and a brief explanation why you believe you should win.

Or alternatively, please head to social media to publish your nomination using the hashtag #sadnetballposts directly to Harrod UK’s facebook/twitter/linkedin/instagram accounts. Please include pictures and an explanation of why you feel your club’s netball posts need replacing.